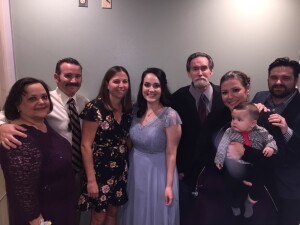 Michael David Herod was born October 17, 1953 in Atwater, California to Ruth Weimer and David Herod. His father Dave was in the Airforce, therefore Mike did a lot of traveling as a kid, living in France, Colorado Springs and San Diego. Mike graduated from Poway Highschool in 1972 and joined the Airforce in 1975-1979.  After leaving the Airforce, Mike worked as a Navy Civilian at Naval Airstation Miramar and Naval Airstation North Island until he retired from Government service in 2016. Mike married the love of his life, Beth in 1981. Mike resided in San Diego County since leaving the Airforce in 1979.

Mike was a loving son, husband, father, brother, grandfather and friend.  Mike enjoyed fishing and camping, especially in the Eastern Sierras, where he took numerous trips with family over the years. Additionally he loved the mountains, gardening, his fruit trees and just hanging out with friends and family.

Mike was a believer in our Lord and Savior Jesus Christ and on March 15, 2021, God called Mike home after a long and courageous 17 year battle with cancer.  Mike is survived by his wife Beth, his 3 children; Sean, Matthew and Mareesa, his 4 grandchildren; Gianna, Trenton, Ellery and Dominic, his mother Ruth and Stepfather Andy, his brother Mark and sister Kristy and stepbrother Robert.

To send flowers to the family or plant a tree in memory of Michael Herod, please visit our floral store.

You can still show your support by sending flowers directly to the family, or by planting a memorial tree in the memory of Michael Herod