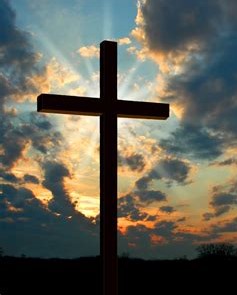 Angie was born in New York City, a first generation American. Her father was Martin Nunez, who emigrated by himself from Spain to the US at the age of 14. Her mother was born in Cuba and deserted the family when Angie was 10 years old.

In spite of growing up in Spanish Harlem, and not speaking a word of English until she started school, Angie excelled academically.  Teachers nominated her for Evanders Childs High School, an elite high school for those taking college-level academic courses. She commuted to and from school on the subway and graduated valedictorian of her class.

During the war years, Angie worked as a high-level legal secretary for several New York law firms, and was eventually recruited away by the Division of War Research at Columbia University. When Navy commanders took charge of operations, she was asked to move to Orlando, Florida to work in a top-secret lab. Angie’s next step was the State Department, where she was cleared to work in Foreign Service after multiple interviews with the FBI. She moved to Washington DC, anticipating an overseas assignment where her Spanish skills would be needed.

That was not to be. The little Spanish girl whose mother practiced witchcraft met a North Dakota farm boy from a conservative Dutch Reformed family, and Angela Nunez and Maurice Nieuwsma were married on June 21, 1950. The ceremony was performed at their home in Arlington, Virginia by Maurice’s sister and brother in-law Augusta and Arvin Roos. In January of 1953 their daughter Marjorie Ruth was born.

In the late 1960’s Maurice, who was fifteen years older than Angie, was ready for retirement. They chose to move west to the small town of Vista, California. After Marji graduated high school, Maurice and Angie decided to pursue their dream of full-time service to God. They volunteered for Wycliffe Bible Translators, were trained in North Carolina, and served several years in both Bolivia and Papua New Guinea. Angie worked as an office manager and Maurice in electrical and construction. They took advantage of their international locations and circled the world three times during those active years.

Upon returning to North County, Maurice and Angie lived in San Marcos and then in Escondido. Maurice died in 2001. Angie continued to live independently and actively, traveling, gardening and managing the prayer chain at Emmanuel Faith Community Church. She ziplined the jungle canopy in Costa Rica at the age of 80, and celebrated her 85th birthday whitewater rafting Utah's Cataract Canyon on the Colorado River.

After brain surgery it was clear she could no longer live alone and she chose to move to Cypress Court in Escondido. Angie’s mental health deteriorated rapidly, and she was diagnosed with Alzheimer’s disease in 2017. She lost her life to the disease in early 2018, and her healthy heart finally stopped beating on September 10, 2021.

Angie will be buried next to Maurice in a private graveside service on October 10 in Strasburg, North Dakota. A full memorial will be held in spring of 2022. In lieu of flowers, donations would be welcome to Wycliffe Bible Translators or The Alzheimer’s Association.

To send flowers to the family or plant a tree in memory of Angie Nieuwsma, please visit our floral store.