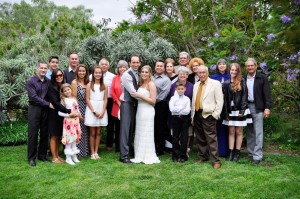 Barbara has passed on but her beautiful memory surrounds all those whom she loved.  As a wife she was incomparable.  As a mother, the best.

She was raised in Arizona, graduated from high school in Superior, married in 1965 and moved with her husband, Andy to Escondido, California where they lived together for 53 years until her death.  During their time in California they had three children, Gregory Paul, Andrea Ann, and Angela Ann.  She was so proud of them.  They were the joy of her life until the grandchildren came along and that began an intense competition.  Actually, there was no competition, she loved each one with a fierce love that made her husband Andy, sometimes wonder where he stood!

In the early years of her marriage Barbara (we called her Bobbi) became a hairdresser and after a few years she and Andy decided to open a small bakery.  Due to maternal obligations to her children they decided to close the shop.  She went on to get her A.A. degree at Palomar College and took classes at San Diego State University.  During this time, she also worked in the financial arena until she retired.

If Bobbi were to be asked what she considered her greatest achievement, we are sure that she would say it was her family.  The many holidays celebrated, the camping trips, the vacations, the gatherings, there was no holiday that was not celebrated with the family.  Birthdays, graduations, anniversaries, you name it, the family was present.  What made these events so special was the food Bobbi prepared.  She loved to cook and we loved to eat anything she made.  She was so happy making us happy.

Bobbi, you are so sorely missed and forever loved.

The rose may have faded, but its beautiful fragrance lingers on

To send flowers to the family or plant a tree in memory of Barbara R Pino, please visit our floral store.